MANUFATURA OR THE CELEBRATING BRAZILIAN SAVOIR-FAIRE

Celebrated Brazilian designer duo, Fernando and Humberto Campana will unveil at the opening of their exhibition ‘Manufatura’, recent pieces from their new collections ‘Detonado’, ‘Bolotas’, ‘Ofidia’ and ‘Animal Center Table’. Manufatura – manufacture in Portuguese – is also intended to be a celebration of the Brazilian crafts. 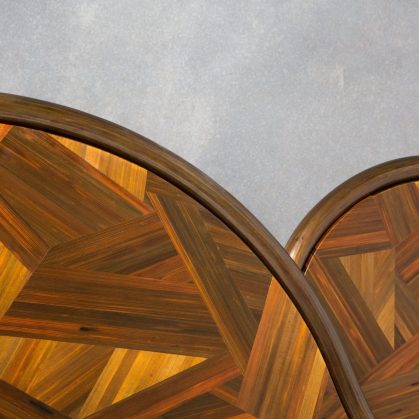 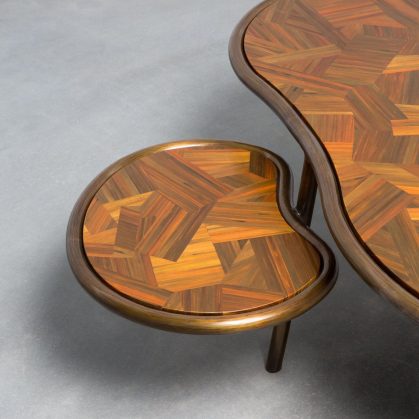 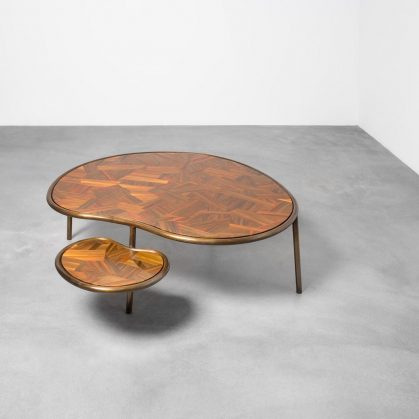 The Brazilian designers have always paid particular attention to the quality of the execution of their pieces, the high level of craftsmanship and the transmission of techniques. This is particularly the case for the Campanas who, for the ‘Manufatura’ exhibition, renewed their ancestral savoir-faire without forgetting popular Brazilian culture.

The creation of the ‘Detonado’, ‘Bolotas’, ‘Ofidia’ and ‘Animal Center’ series have been an opportunity for the duo to emphasize, more than ever, the use of refined materials and to celebrate their heritage. A reinterpretation of their own artistic and creative practices where tradition and innovation are mixed together.

‘Manufatura’, is an exclusive solo-show from 2 April until 19 May at Carpenters Workshop Gallery Paris, with the involvement of fashion label FENDI, who for the occasion will unveil a work, which is the fruit of a collaboration with the duo. 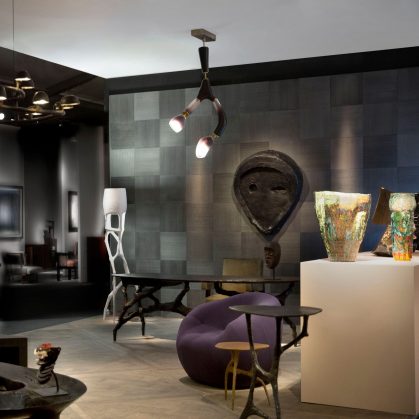 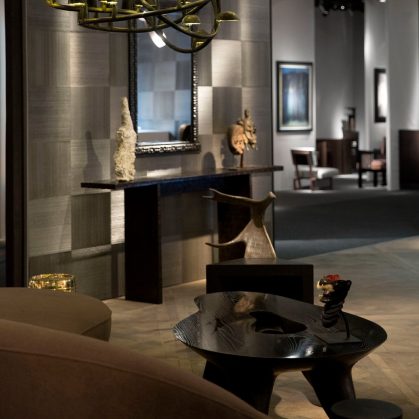 Creating a dialogue between European and Brazilian design with modernist influences, the ‘Detonado’ series uses sucupira and Freijó woods, typical of Brazil, juxtaposed with reclaimed wicker from Thonet chairs, icons of industrially designed furniture of the 19th century. The series is comprised of a modular shelf, a console table and a sideboard.

“Our initial inspiration was the desire to mix the characteristic stringing of tennis racquets with the process of caning (weaving chair seats) typical of the Portuguese and Brazilian furniture at the end of the 19th and beginning of the 20th century,” the Campanas explain. “Furthermore, we wanted to dematerialise the material by using the leftovers of traditionally hand-woven wicker, in order to bring a new look to this material, close to basketry, playing with its transparency. The weaving was done here in the studio with a local artisan.”

Made from cast bronze, the ‘Ofidia’ series is reminiscent of a long piece of rope that slithers and twists itself in an organic but dynamic way to form a side table and mirror. ‘Ofidia’, meaning snake in Portuguese, is inspired by the sinuous undulations of a reptile. “We wanted to concentrate on the creation process of the piece, the solidification of the rope with the help of cast bronze.”

CHAIRS TO NEST IN

The ‘Bolotas’ series is available in an armchair and a sofa and is made out of sheepskin, creating a “nest” effect, for incomparable seating comfort. The duo remain in touch with their heritage by using natural South American wood, for the chair legs. “We decided to use natural skin in order to offer comfort in the design: sheepskin cushions for the armchair and sofa, carefully arranged on a stainless steel structure with legs made from Brazilian wood.” 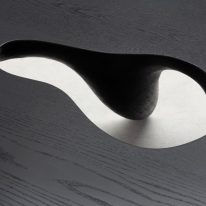 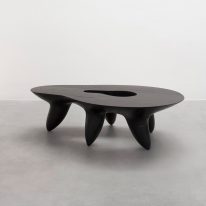 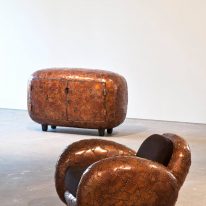 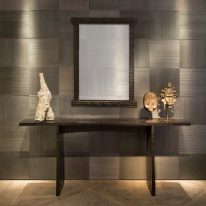 Represented by Carpenters Workshop Gallery since 2009, Fernando and Humberto Campana have invested this year a studio at Carpenters Workshop I Roissy in order to develop the first piece of a whole new series. ‘Animal Center’ will also be presented at the ‘Manufatura’ exhibition. An impressive, rounded low table, made from straw marquetry on a hammered, polished brass frame. ‘‘The ‘Animal center table’ series comes from an investigation of traditional marquetry techniques. We wanted to bring a new look to this process by arranging wicker in natural patterns that are fluid and are casually constructed over a brass tube structure’’.

During this period of creation at Carpenters Workshop | Roissy, the duo has been able to refine their work through the sourcing of the highest quality materials. It is the opportunity for the brothers to try a typically French marquetry technique used by Jean-Michel Frank at the beginning of the 20th century. The designer used a lot of straw as he appreciated the natural glow to inlay tables, screens and seats. The Campanas pay homage to this French master, magnified by their South-American inspiration.

With ‘Manufatura’, Carpenters Workshop Gallery proposes an in-depth look into the prolific universe of the Campana Brothers, through the presentation of ten new exceptional works and a warm and energetic scenography celebrating the generosity and wealth of the multiple influences of the Brazilian culture. 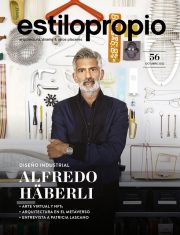